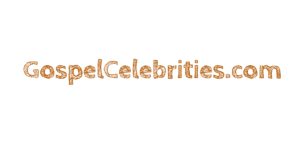 Brian Nhira, is an American gospel singer and songwriter, born on January 23, 1992. He became famous as a contestant on The Voice season 10. He also founded Brian Nhira music LLC.

Brian was born into a Zimbabwean Christian home and grew up in the mid-west. He schooled at Oral Roberts University. Although His parents had moved from Zimbabwe to the United States while he was still young.

How I Met My Wife, Sonia

Sonia and I got hooked up in August of 2016 when she moved in with my best friends girlfriend, Bri, who happens to be a good friend of mine as well. I had known of Sonia for awhile and was blown by how beautiful she was, but because we weren’t in the same circle of friends so we didn’t vibe.

Some few weeks after Sonia had moved into the house, I received a text from Bri with a picture of the back of brunette girls head that said, “you need to meet my roommate, she is unreal!” Right when I saw the the picture, I knew it was Sonia. To make sure, I asked Bri if it was her and she confirmed it was.

Kev and Bri invited me over to the girls house one evening, they just told Sonia that Kevin was coming over with a friend. She had no clue that they were playing matchmaker. The evening ended really good for us both, so I asked her to go and get coffee with me (neither of us even like coffee haha).

For the next couple of months we would hang out here and there.On a cold evening in December, I took Sonia on a date to a historic museum in our city Tulsa, OK. The museum had a Christmas festival going on, so I figured out it would be a perfect date for us.

The evening was going great and we were having some really great conversation.

During this period, I stated growing feelings for Sonia but I never knew if Sonia was feeling same way! It was during this night that I really felt like the feelings I had for Sonia were mutual.

So, as I was dropping her off at her house that evening, I poured my heart out to Sonia and told her how I felt about her. THANKFULLY, Sonia felt the same way and from point forward we started intentionally dating!

For the past few years I have hosted a Christmas concert where I invite a couple of friends from The Voice to come and perform in my city. This year when we announced the concert, Sonia mentioned to me that over 15 of her family and friends wanted to come from Kansas to see the show in Oklahoma.

This was important because when I and Sonia started discussing about engagement, one of the things that Sonia expressed is that she really wanted her family to be present when the moment happened. With so many of her family and friends coming down for my Christmas concert, I saw this as the perfect time to propose to her.

Adding to that, the thought of proposing to her in front of 1,500 people who have supported me throughout my career was just too good to pass up! So, I got together with my concert planning team and we made it happen!!

At the very end of the concert I asked everyone to sit down for one more second and I went into a monologue about how Christmas is a time where we give and receive gifts, and how one the greatest gifts that I have been given over the past year is a young lady named Sonia Larcom.

At that point one of the stagehands (who was dressed like an elf) escorted Sonia onto the stage. In front of 1,500 people, I sang Sonia an original song that I had written for her and proceeded to propose to her! It was truly a magical moment and the crowd went WILD!!!! But I wasn’t done…

A few weeks before the concert, I contacted Sonia’s best friend and together, we planned a surprise engagement party with 40 of our closest family and friends right after the concert!

Brian proposed to Sonia in December 2017 and they got married in 2018.

As of the time of writing this article, They’re Blessed with two sons, Zay Zay Nhira and Ezekiel Priest Nhira.

Pastor Enoch Adeboye – Biography, Wife, Age And Net Worth Of The G.O Of Redeemed Christian Church Of God